10 B2B Paid Advertising Platforms You Should Be Considering

There's quite a few options out there for online paid advertising. Unless you're Coca-Cola or Nike, you're probably not going to be able to invest across all platforms. In that case, you need to be choosing what platform or combination of platforms works best for you. Every business is different, so don't be afraid to take a 'risk' that others might not. The other thing to consider is that B2B paid advertising is an entirely different ball game from B2C (and even B2B SaaS). What may work fantastically for Nike might not work well for you at all. So consider your options, have a go and go get 'em tiger!

The Google Search Network (GSN) is the group of search-related websites and apps where you can pay to have your ads displayed. Basically, your ad can appear when someone searches something related to your keywords. For example, if one of your keywords is 'commuter bikes melbourne' and someone searches 'where to buy best commuter bikes in melbourne', your ad can show up. The good thing about the GSN is that you're targeting people who are already interested in your product or service. On the downside, it's a competitive and potentially expensive method. It's also quite targeted, which means it isn't great for initiating broad appeal. Search ads are text-based as well, so you can't rely on your excellent design skills to catch eyes.

The Google Display Network (GDN) is a group of websites (including Google sites such as Gmail and YouTube) that show AdWords ads.

While the GDN uses similar targeting to the GSN, it's unlikely to be as effective as the search network - simply because it's a less targeted approach. While these ads can have great reach, the truth is that they will be largely ignored - how often do you pay attention to ads? Or do you have AdBlocker? Display ads can be seen as spammy, so consider if they fit the image of your business. You also have no control over where ads appear. This is a risk for your business - there have been some famous examples of how wrong it can go.

On the plus side, they are super flexible - you can use all sorts of designs and mediums to get your message across.

While Google makes up the vast majority of organic searches (almost 90%), other search engines such as Yahoo and Bing can also be potential advertising platforms. Similar to Google in their targeting, they will obviously generate less impressions and clicks but may have a lower cost per clicks/impressions. Bing and Yahoo have a higher percentage of male users who tend to be older than 45, whereas Google leans towards female demographics with users being under than 45.

Facebook is good for targeting audiences. It tends to be more B2C than B2B, but don't discount it, especially is your business/industry has an active Facebook community. Be aware that users exposed to your ads may not be inclined to engage as they're probably not actively looking for a solution while on Facebook.

Facebook allows you to target based on user profiles/activity as well as Google searches. An obvious advantage to Facebook is its huge user base. Of course, this means you have a lot of competition. And not just against your direct competitors, but against puppies, kittens, motivational quotes, click-bait and whatever the latest viral challenge is (Running Man? Water Bottle?).

How can your business compete with this cat?

Twitter is limited in its paid search capabilities for B2Bs. Targeting is tricky. If certain relevant industry events are occurring, paid advertising campaigns could be useful during this period. Twitter definitely lends itself heavily to B2C formats.

A cool feature of Twitter ads is that they're fully interactive and function like normal tweets, so people can retweet and favourite them. Another thing to consider with Twitter is that the ads can be lost in the feed - there's such an enormous volume of content on a Twitter feed, and the ads are good at blending in as a 'normal' post. While this is an advantage in some senses, it definitely has a downside.

LinkedIn can be really valuable as it's a social network for business. You also can target pretty effectively because LinkedIn profiles have a lot of relevant personal information in them. You can use that information to better target your ads.

LinkedIn has both ads and sponsored content. Both have their uses, but sponsored content could be an invaluable part of your B2B marketing strategy for certain parts of the buying cycle, or is you're hoping to become a thought leader.

Be aware that LinkedIn is expensive - it operates on pay-per-click, and while you might get a lot of impressions, click-throughs are harder to get.

Reddit is another B2C-friendly platform, but depending on your industry, small relevant sub-reddits might be useful to you. It tends to be used by a younger (and male) demographic and is more likely to contain tech-oriented start-ups.

It's a pretty neat platform because it allows for interaction with commenters to better build brand engagement. Reddit only supports costs per impressions which means constant costs but not necessarily a good ROI.

Instagram is a great social media platform, but it's much more oriented towards B2C than B2B. It's tricky to find target personas for a B2B approach. Instagram also has a young demographic which might not be what your business is after.

Instagram is also all about aesthetics - it naturally lends itself to things like dining or travel. But that's not to say you can't use it for your less glamorous business, you just have to be a bit more creative. On the plus side, Instagram has really high brand engagement rates; much higher than Twitter or Facebook.

Pinterest is similar to Instagram in terms of targeting and demographics. It's probably not enormously useful to B2B marketers. Although if you happen to be a crafting/design/fashion/cake business, you could be in luck.

Old-fashioned doesn't mean defunct. Ads in print, radio and TV have the potential to drive more traffic. Traditional advertising is generally more useful to large organisations with B2C models, but if you're able to target well, it can be really effective. Traditional and digital marketing are obviously quite different, but they can definitely coexist.

There is no right or wrong answer for B2B paid advertising. You have to choose what you think might work for your business - it may be a process of trial and error. 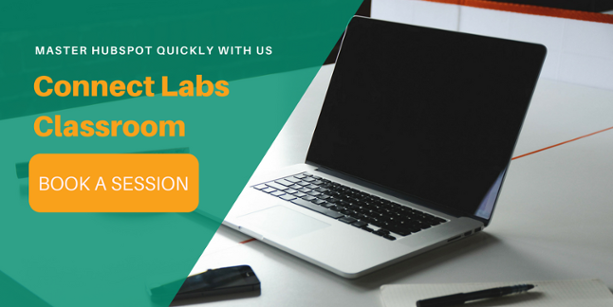 HubSpot vs. Wordpress: How to choose a CMS based on your business size

How We Enhanced the Integration of Zendesk to HubSpot [CASE STUDY]

By Courtney Cervantes • May 6, 2020
END_OF_DOCUMENT_TOKEN_TO_BE_REPLACED

3 Reasons Why Work Design Should Influence The Software We Use

7 Key Takeaways From Inbound 2019 for Teams And Leaders

4 Ways Coworking Spaces Can Manage & Grow Their Members with HubSpot

3 Tips to Engage And Retain Members With Membership Management Software